5 Reasons to Catch a Washington Redskins Game at FedEx Field 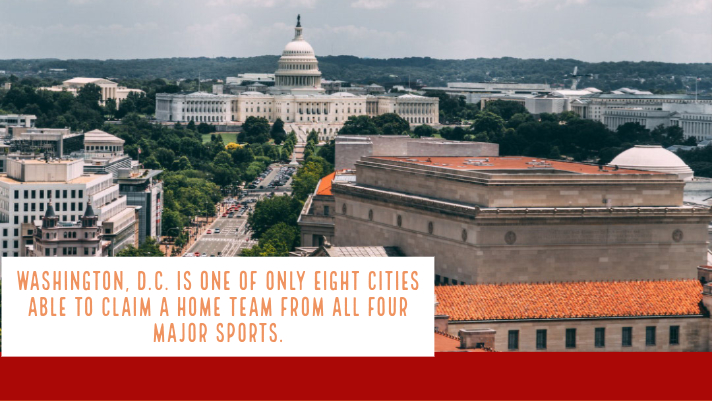 Washington, D.C. is one of only eight cities able to claim a home team from all four major sports. Representing the NFL in the District of Columbia are the Washington Redskins, who call FedEx Field home. Established in 1932, the franchise began as the Boston Braves but relocated to Washington, D.C. in 1937 and became the Redskins. Since their inception, the Redskins have played more than 1,000 football games, accumulating over 600 wins in the process. With such a longstanding legacy, it’s easy to see why FedEx Field is one of the most visited stadiums in the sports travel industry.

With their lease at FedEx Field in effect through 2026, the Washington Redskins may be surveying for new potential venues, but that hasn’t stopped them from recently investing in major upgrades at the stadium. In 2018, the team added a fan pavilion area to the lower concourse below the west end zone scoreboard. Open to all visitors, the pavilion provides food and alcohol options, as well as dozens of television screens displaying every NFL game being played, while keeping fans up to speed on all of the action on the field.

Few tailgating scenes can rival those found at FedEx Field during the NFL season. With one of the most dedicated fan bases in the league, Washington Redskins tailgaters know how to pre-game. Festivities begin as early as 7 a.m. for midday games and feature a smorgasbord of grilled foods, live music, and of course, drinking. The two most notable groups include The HailBarbecue Tailgate and The Extremeskins, both of whom have become fixtures at FedEx Field over the years. Check out the Purple and Orange lots to say hi to HailBarbecue's group or head over to the Red Zone lot to hang out with the Extremeskins.

As if a notorious tailgating scene and stadium upgrades weren’t enough, FedEx Field is also celebrated for its fan experiences. Washington Redskins fans can take their tailgate passion inside and continue the party from the Bud Light Party Pavilion, where you’ll find a range of entertaining experiences. Visitors can have some competitive fun with games like corn hole and Jenga or relax with a beer while listening to the live DJ. They even have virtual reality experiences to show you what it’s like to take the field. The Bud Light Party Pavilion is definitely the place to be before taking your seat at a Redskins game.

FedEx Field has taken its beverage game up several notches in recent years. More specifically, over the last few seasons, FedEx’s craft beer selections continue to expand and include a variety of offerings from local breweries. Selected from local breweries and beers, these options are now available at every level in the stadium. According to the Washington Post, a minimum of four craft beers were offered at every level of the stadium for the first time ever during the 2018 season. The beverage directors also stated that they would continue rotating a wide range of craft beer selections from the area in order to keep the options fresh.

At FedEx Field, concessions options in recent years have taken off to newer, greater heights. Forget hot dogs and popcorn, in 2018, FedEx offered a range of impressive selections, like steak and cheese eggrolls, mini meatball bombers in gravy, and West Coast Nachos, featuring avocado and all the southwest fixings. The real concessions winner, however, is the monstrous DMV Super Burrito, packed with rice, beans, lettuce, tomato, avocado, and an intimidating three pounds of beef, chicken, and pork. Redskins fans say it’s enough to feed a couple of people.

Fans don’t just get a football experience when they book a Washington Redskins game package. At FedEx Field, the perks go way beyond typical and include a variety of activities, food and drink options, and fan initiatives that enhance the entire gameday experience. Whether simply looking to buy tickets or book an entire sports package, consider seeing how the Washington Redskins and their band of passionate fans do football at FedEx Field.

Our team is here to help you find the perfect sports vacation destination.

Sign up for updates events and exclusive special offers.